Why ev.io has quickly become one of the most popular web3 games

One of the most popular blockchain-enabled games on the market today is one you probably haven’t heard of: ev.io. It’s a quick 'load and play' combat-style game built on Solana (think Halo and Destiny – but in web3)!

The game saw 1.3 million visitors in April 2022 (with monthly visits in the April to June quarter averaging 1 million), and has become a hotbed for sponsors to advertise in-game. We attribute ev.io’s rising mass popularity to its immersive, competitive First-Person Shooter (FPS) gameplay that seamlessly integrates web3 components.

Why is this game leading the ranks of blockchain gaming? What can other web3 titles learn from ev.io’s successes? And how does the blockchain behind ev.io really add value to the gamer? In this article, we unpack all you need to know.

ev.io is the brainchild of Addicting Games, a UK-based publisher that’s been creating highly accessible casual games for decades. ev.io launched in January 2021, and has gained traction among gamers and advertisers alike.

ev.io seems to have gotten many things right. It’s:

Players are instantly loaded into a match the moment they visit the website. Buying NFTs is completely optional – and if you want to cash out you can collect your winnings in Solana.

The gameplay’s default ‘deathmatch’ setting means it is every-player-for-themselves; users must eliminate their opponents to increase their score. Players stop at nothing, using all the weapons (rifles, shotguns, and swords) and utility (frag grenades, smoke grenades, even teleportation) at their disposal.

Players familiar with the FPS genre will be able to quickly grasp the mechanics with much of a learning curve. 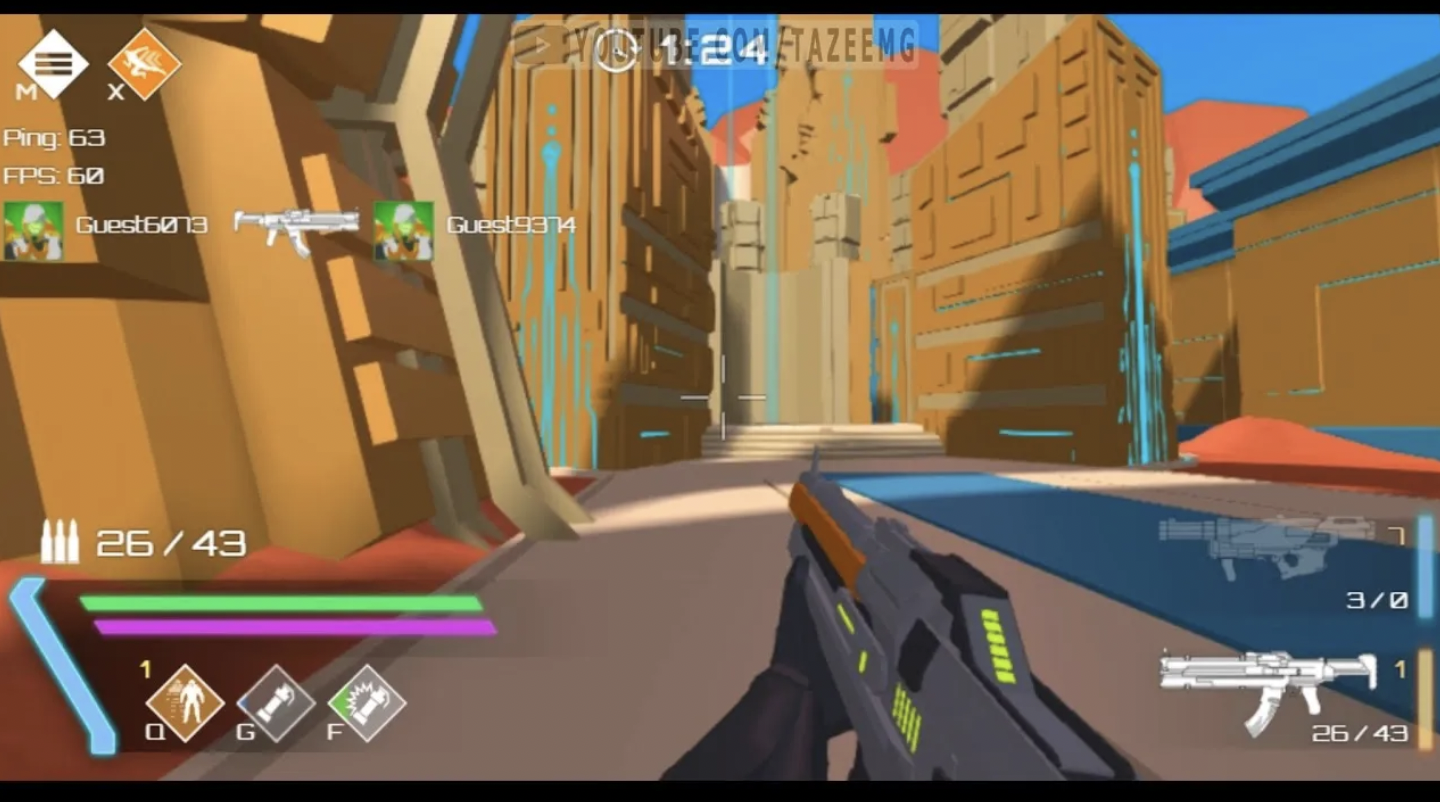 STAY UP TO DATE

Sign up for the Everyrealm Edition - our newsletter covering the latest developments in the metaverse, gaming, and web3!

ev.io is built on Solana, but adopts a ‘blockchain-lite’ approach; its core focus remains on immersive gameplay that is simply fun.

Perhaps that’s why the game isn’t experiencing the drops in player base numbers that we’ve seen across other blockchain-enabled games which tend to focus on crypto-earning mechanisms first, and gameplay second, or even last.

Any time a game centers itself primarily around financial incentives or some derivative of play-to-earn, it will fail to be as recession-proof as a traditional game, and will continue to witness large drops in users as the market goes down.

Does blockchain affect gameplay? To put it plainly – no. Or perhaps more accurately – it shouldn’t.

The driving force of an excellent game is still, as always, its gameplay. In ev.io, the blockchain only affects cosmetics and wearables, and has zero effect on a user’s experience when it comes to direct gameplay; there are no avatar-enabled features that provide in-game utility or pay-to-win blockchain mechanics to drive up your score.

That’s what helps the game remain casual and fun. It doesn’t require any sign-ups, NFTs, crypto, or even wallet connectivity. It is truly frictionless and forces users to play before they can judge. Perhaps that’s why you may never have seen the game on any “Most Popular Web3 Games” list – its web3 element is completely optional – and it works!

ev.io has roughly 2,400 characters that can be used within the game. In a twist from other blockchain-based games, ev.io’s avatar NFTs are strictly used for cosmetic purposes and provide no additional in-game attributes.

As many successful web2 games have shown us, micro-transactions from in-game cosmetics are extremely popular. Gamers are already familiar with purchasing such assets in-game, and they enable titans such as Activation Blizzard earn billions annually. The current floor price for a character NFT in ev.io is roughly $100.

Just like character NFTs, weapon and sword NFTs within ev.io are strictly cosmetic and don’t provide any in-game advantages. There are roughly 1,500 weapons and 2,500 swords in circulation.

The only difference between character integrations and weapons or swords is the play-to-earn activation element; weapons unlock an earning mechanism for their owners.

What’s interesting is that on ev.io, earning is minimal by design. By keeping the ‘play to earn’ revenues low, ev.io has ensured less speculation with its assets.

If, say, a game were to make each skin an NFT, players would need to determine the appropriate strategy to maintain their affordability vis-à-vis web2 game cosmetics which could be ~$1.99 (Minecraft) or ~$80+ (Valorant - shown in the image below). And if players could earn a significant amount of money by playing, NFT sales would naturally increase, resulting in in-game items becoming inaccessible to those users who seek affordability. Ev.io successfully demonstrates a good balance. 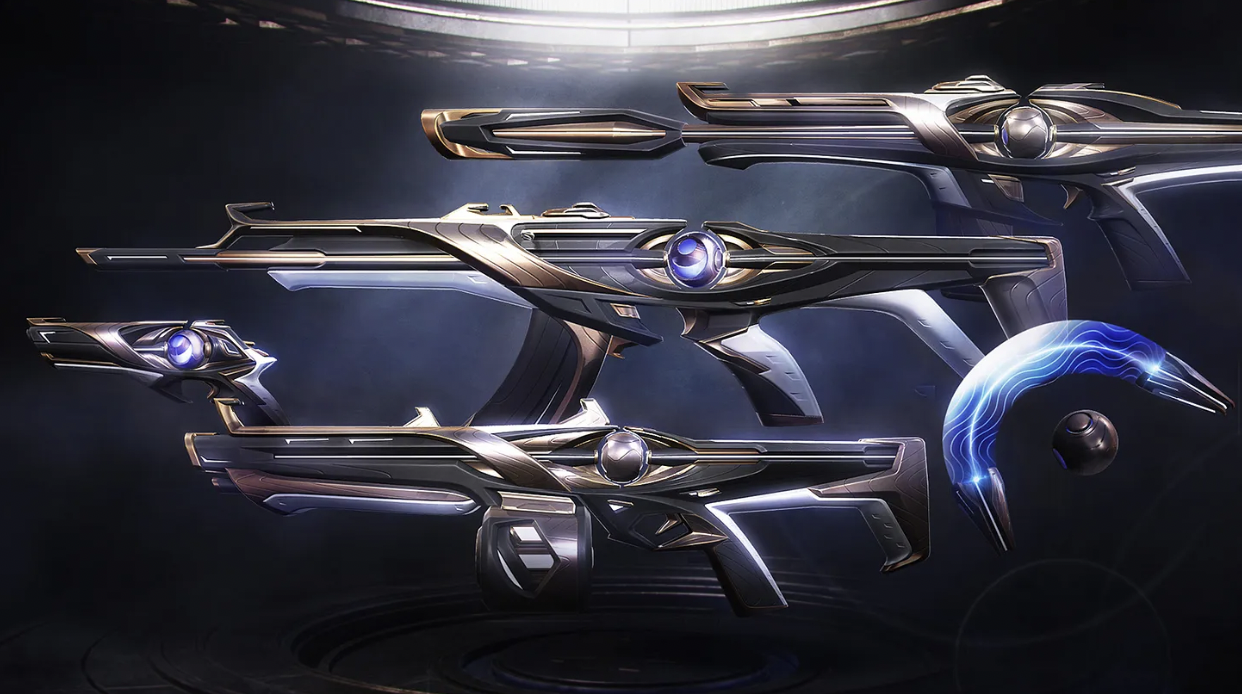 ev.io does not have a token. You heard that right: one of the most successful blockchain games doesn’t have a token! Here’s a quick breakdown of the economy:

Therefore, while we can say that ev.io is ‘play-to-earn’, it demonstrates that the earning component is not the main reason why the vast majority of ev.io players, especially those coming from web2 gaming, play. There are over 1 million monthly active users playing the game, and less than 5,000 NFTs available to the public at a relatively low floor price. If players truly cared about ‘play to earn’, the game would see the demand for the weapons/swords drastically increase in price.

ev.io first released its game in January 2021, without NFT or blockchain integrations. The NFT announcement came only in March 2022 – more than a whole year after the game was released. It wasn’t until May 2022 that players could get character skins and weapons in-game. There’s been no land sale (although one is scheduled). And there’s no dedicated crypto token.

ev.io’s popularity boils down to a combination of solid, competitive, immersive gameplay with a muted play-to-earn element enabled by the blockchain. You could say that the play-to-earn aspect of ev.io makes for clever user acquisition for guilds to enter their scholars in the game, but players are ultimately staying for the competitive aspects of it.

Blockchain is not a reason to play a game, but rather, a better and alternative way to develop a game. Web3 gaming isn’t mainly about onboarding web2 users; it’s about supplementing existing gameplay with genuine value-add using blockchain elements.

The more that founders understand this, as well as ev.io’s team has, the better the games are likely to be received in this sector. Perhaps that’s where the web3 gaming market is headed: learn how to win the hearts and minds of the authentic gaming communities that truly drive a game’s long-term success.

Want to learn more about the latest developments of blockchain gaming? Sign up for our bi-weekly newsletter, Everyrealm Edition.

Everyrealm’s Hometopia Is the House Building Game for Adults

Everyrealm’s Hometopia is one of the first mainstream metaverse games centered around home design, building and renovating virtual real estate. The free-to-play Web3 game is looking to tap into the addictive nature of home designing games like The Sims, Animal Crossing or Roblox.